I had a couple hours today (Memorial Day) to get out for a walk with the dog.  I decided to go back to the Dirgylot Hill parking lot on Route 9 in Schroon Lake to continue the exploration I started on Saturday.

This time I wanted to look at the area where a future lean-to is planned.  The Hoffman Notch Wilderness Unit Management Plan shows a future lean-to at the confluence of Platt Brook and two other un-named drainages.

From the parking lot, I followed the primary jeep road for 1.1 miles to the first pair of spring houses that I had seen on  Saturday.  At that point, there was another old jeep road branching off to the right heading due west.

I followed this trail up over a small ridge line to the north of Smith Hill.   The trail then turned SW and wrapped around Smith Hill dropping down to a wet marshy area. 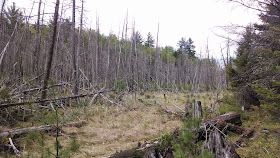 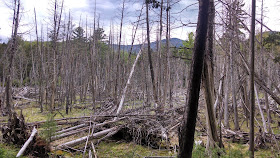 I continued SW towards my target location following a faint heard path along the edge of the marsh and the base of Smith Hill.  As I neared the water sources, I came upon a well defined unmarked foot path.
﻿


I first followed the foot path to the SE until it appeared to fade away near another wet marshy area.  Below are just some pictures along the way of the brook. 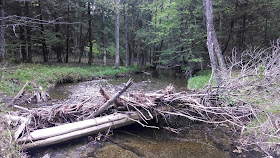 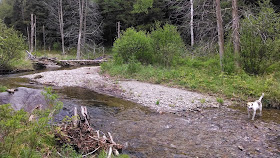 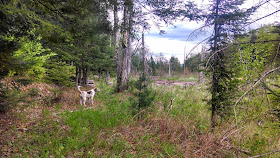 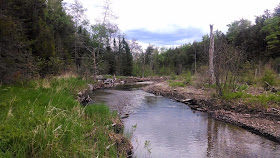 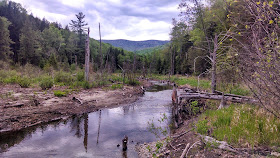 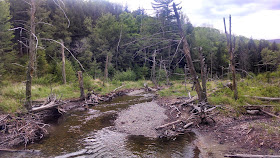 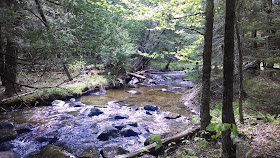 This whole area just provides a great place to walk.  Platt Brook is very pretty and very accessible.  The future North Country Scenic Trail is proposed to go through this area and I can see why.
This is an area very few people visit, or have heard of, but it is a pleasure to explore.
﻿