Sandwiched between Upper and Lower Cascade Lake a the pretty little Cascade Lakes Day Use Picnic Area.  The entrance is tough to get into as you're heading west.  The entrance is on about a 150 degree angle and it goes downhill.  It's best to go to the Cascade Mountain trailhead, turn around and then pull into the picnic area as you are heading east.

The picnic area is the site of the old Cascade House Hotel that existed from the late 1870's until the 1930's.  Behind the picnic area (to the southeast) lies a beautiful waterfall (Cascade Falls) and a slide (called the #7 slide since it is shaped like the #7 .  This slide was opened up by Hurricane Irene in August 2011.  The falls is known to be a great ice climbing in the winter.

There is an unmarked herd path that starts at the back of the picnic area that leads to the base of the falls in .3 miles.  I went in after work today to get some pictures of the falls and thought I would continue to the top of Cascade Mountain if the bushwhack wasn't too difficult.  I started out at 5:10 PM.

It's an easy walk to the base.  I took some pictures there, then rather than scale the steep slide at the falls, I ducked into the woods on the left hand side a followed a faint herd path ascending the woods adjacent to the slide.

After getting up alongside the falls, I began to drift away as I climbed since the walking near the falls was getting increasingly rugged.  Once I reached an approximate elevation of 2800', I came across a herd path leading back to the falls.  At this elevation, I was above the falls and came out onto the #7 slide just above the falls.﻿


The slide was not so steep at this point and I began climbing in the slide.  Soon I came to a fork and took the left branch which had more clean rock.   A couple pictures below show various points on the slide.﻿ 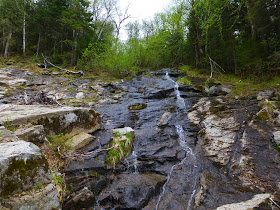 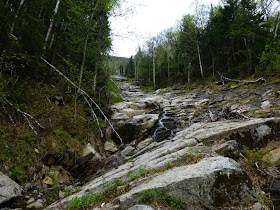 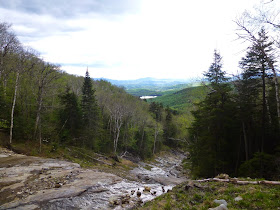 I followed the slide up until the final headwall at which point I went into the woods on the right to skirt the headwall.﻿ 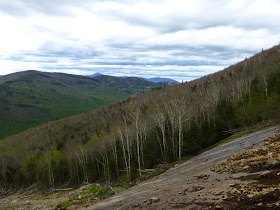 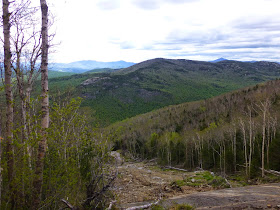 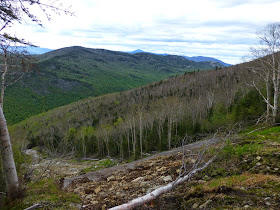 Above the headwall, the bushwhacking was pleasant.  The woods were relatively open conifers and birches.  At about 3500' , I began to once again see various traces of herd paths.  They weren't needed.  The walking was easy.
﻿ 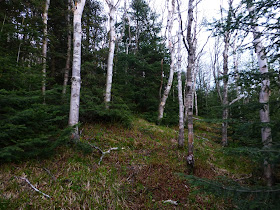 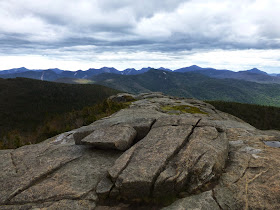 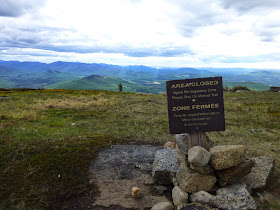 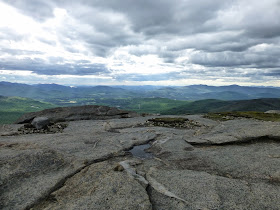 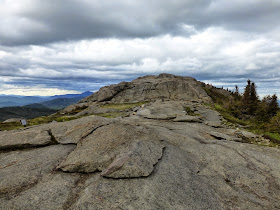 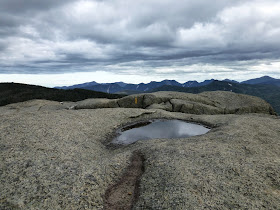 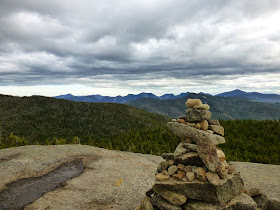 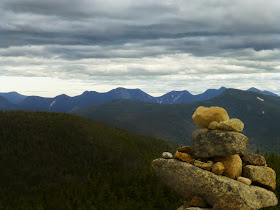 After my summit photos on Cascade, I decided to high tail it over to Porter.  I trail ran the .7 miles in about 15 minutes.
﻿


I didn't linger on Porter, since it was now 6:45.  I turned around and went  back to the Cascade/Porter trail junction.  It was now 7 PM.  I decided to trail run down the trail rather than bushwhack my way back down.        ﻿


The trail was its' usual rocky, muddy, rooty self, but I got to the bottom in 30 minutes.  It was now 7:30 and I had the short walk on the road in the pass along Upper Cascade Lake to get back to the car.  That took 15 minutes, and I was on my way home at 7:45.
I must admit that I am enjoying the bushwhacks more than the trail hikes; especially in the high peaks, where the trails get so much use that they are somewhat of a mess.
This was a fine trip to the top and the first time I haven't used the trail to get there.
Hike Stats:
Hike Distance:  4.7 miles
Hike Time:  2.5 hours
Total Vertical Gain:  ~2250'
﻿
﻿