We had just climbed Mount Washington the day before, so on this day we decided to mix it up with a couple of short hikes.  We were still staying at the Sugarloaf Campground and the baby Sugarloaf mountains were right behind us... the perfect place to start.

These twin peaks are a great pair of small mountains and this hike would be an ideal hike for a family with young children.  In fact, we saw many families had the same idea.   The hike is only about 3 miles total, including both peaks, and the rewards are great.

The trailhead is just a half mile down the Zealand Road from the campground.  The trail follows the stream for a distance before veering away and climbing steeply for 500 feet to th col between the two mountains. We chose to climb the North Sugarloaf first.  It was a fine morning and we reached the summit to find a glorious view from the open rock summit. 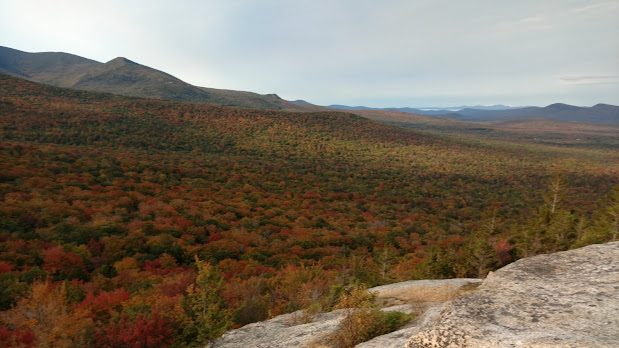 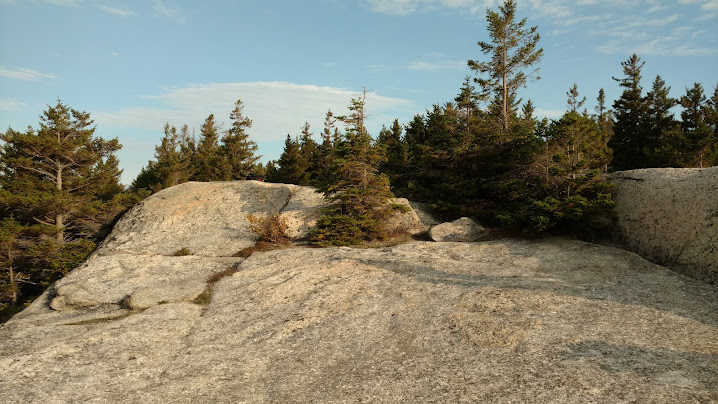 I was amazed that such a low peak would have such an open summit, and the middle mountain was supposedly even more open.  We had a hot chocolate before going back to the col to go to Middle Sugarloaf.

It was indeed true that Middle Mountain was also an open summit.  Quite amazing.  This was a warmup hike for us, but for young children, or people who don't hike much, these peaks provide a lot of bang for the buck.   They are quite accessible, as far as mountains go.  Many high peaks don't provide views this nice. From this pair of peaks, we returned to the Sugarloaf campground to checkout and head south.  Our 2nd hike of the day would be the Welch-Dickey loop just south of Waterville Valley.