I got to spend another weekend with my son Nick on the last weekend in September.  We talked about doing a bigger hike on Saturday and perhaps a couple smaller ones on Sunday.  I was dog free on this trip, so we decided to do the 6288' Mount Washington on Saturday.  We'd be able stop in at the summit building.  Nick hadn't been there since he was small so he didn't remember it.

The weather was questionable.  We started in the fog and didn't know if it was going to blow out or not.  Temps on the summit would be in the high 30's with wind gusts to 70 mph.   We made sure we had all the necessary gear for whatever the weather would be.

We had camped the night before at the Sugarloaf campground, located between Twin Mountain and Bretton Woods.  Our morning drive was only a couple miles long and we were on the Ammonoosuc Trail at 9:30.  We heard the whistle of the nearby cog railway as we started out.  As expected, lots of people were climbing.  We passed about 50 people on the way to the AMC Lake of the Clouds hut (including a woman carrying a baby in her arms with the baby just wrapped in a blanket).  Lots of hikers were concerned about this woman carrying the baby above treeline in the conditions that were forecast.  She gruffly said that she was the baby's mother and that she knew what she was doing.  There was nothing anyone could say to her.


We reached the Lake of the Clouds  hut in an hour and 45 minutes.  The fog had gotten thicker.  We had toyed with adding Mount Monroe to our itinerary, but decided against it since we couldn't see anything.  A large number of people were huddled out the wind on the leeward side of the hut, taking a break and having some food.  We weren't hungry yet, so we didn't take a break. 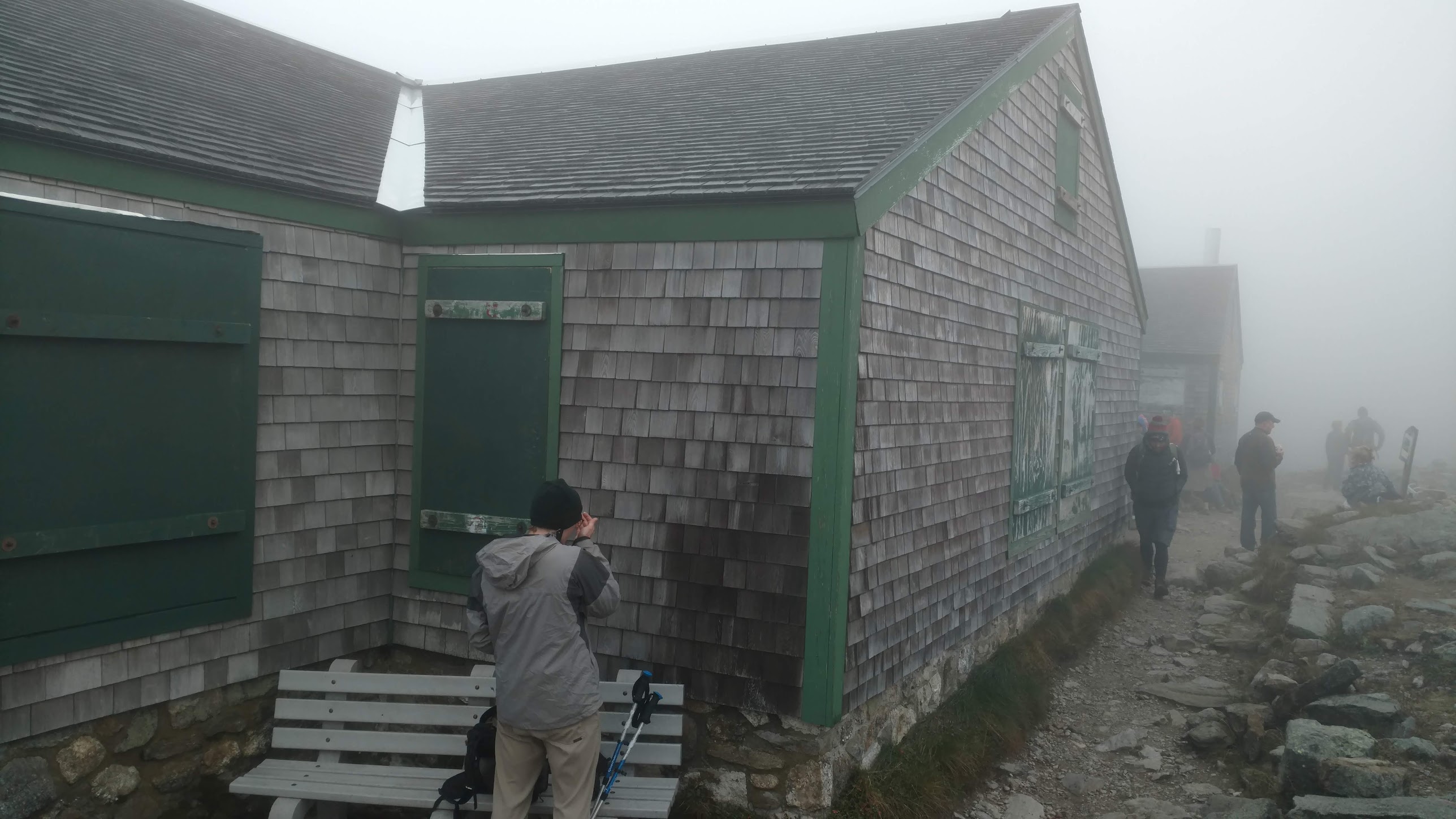 When we reached the summit, an hour later, I told Nick to brace himself for the crowd inside the summit building.  Since the auto road and cog railway were still running, there were many non-hikers in the building and it was standing room only.

I had an awesome bowl of chili and Nick had a coffee and some potato soup.  I'm not used to buying food on top of a mountain!  We lingered for about an hour, with the foolish thought that the clouds and fog were going to blow out.  It didn't look promising.  It was now a little after 1 PM and we decided to resume hiking.

Wouldn't you know it that 10 or 15 minutes after we left the summit, it started to clear! 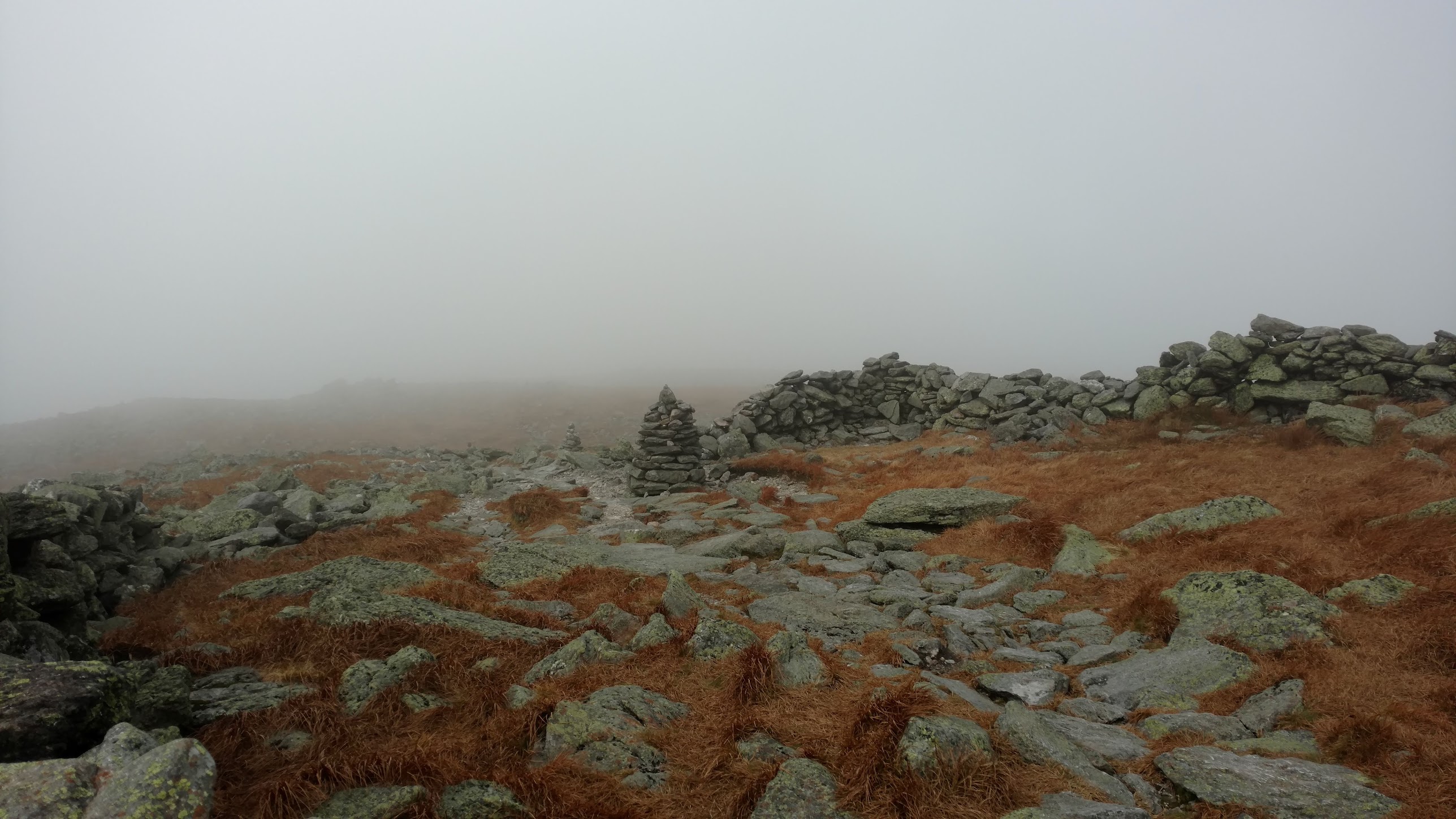 At first we saw a little hole in the clouds with blue sky behind.  Within minutes the whole cloud mass was leaving us!  We crossed over the cog railway to the lip of the Great Gulf Wilderness and it opened up before our eyes!  Just look at the next few photos... 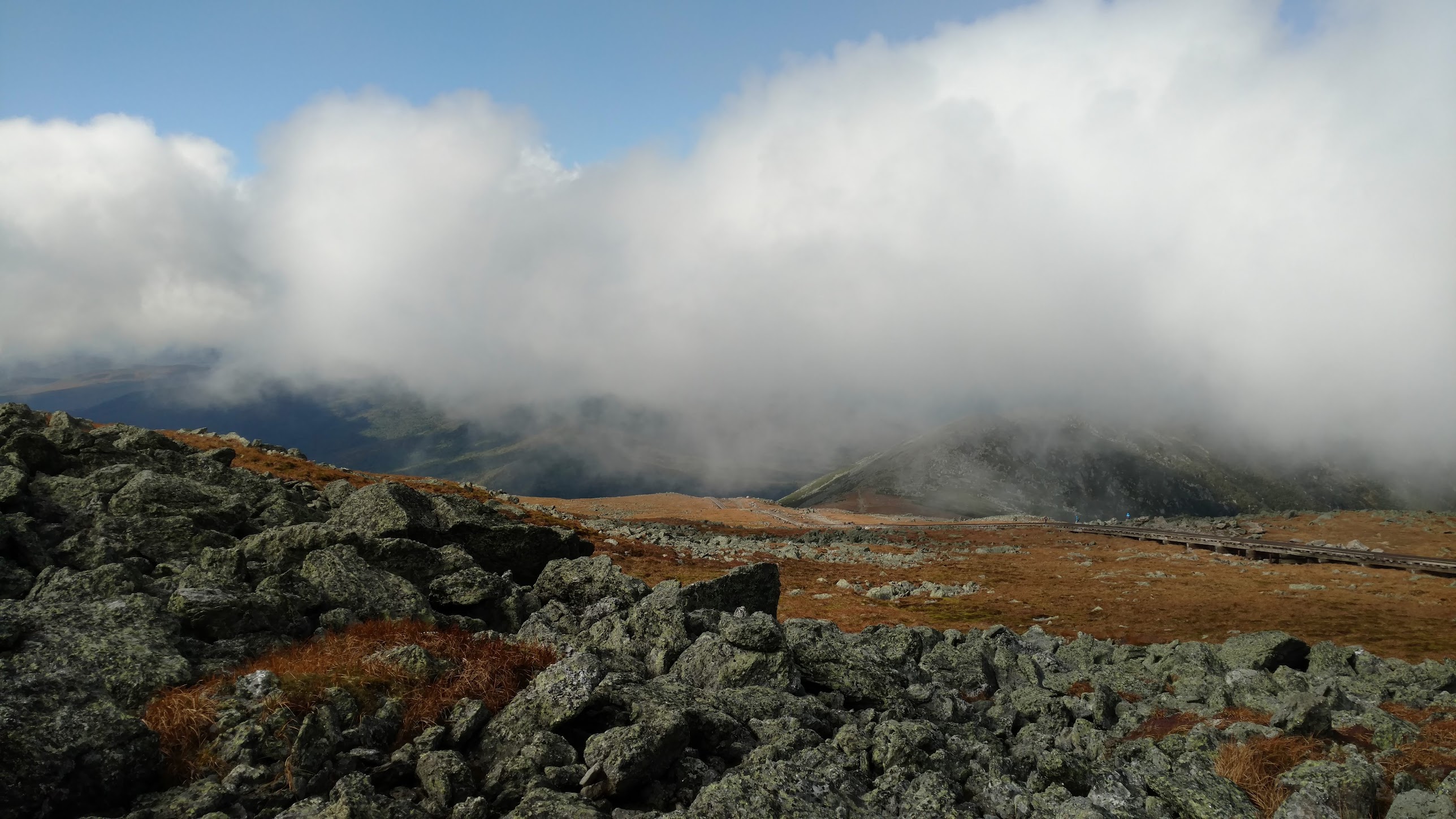 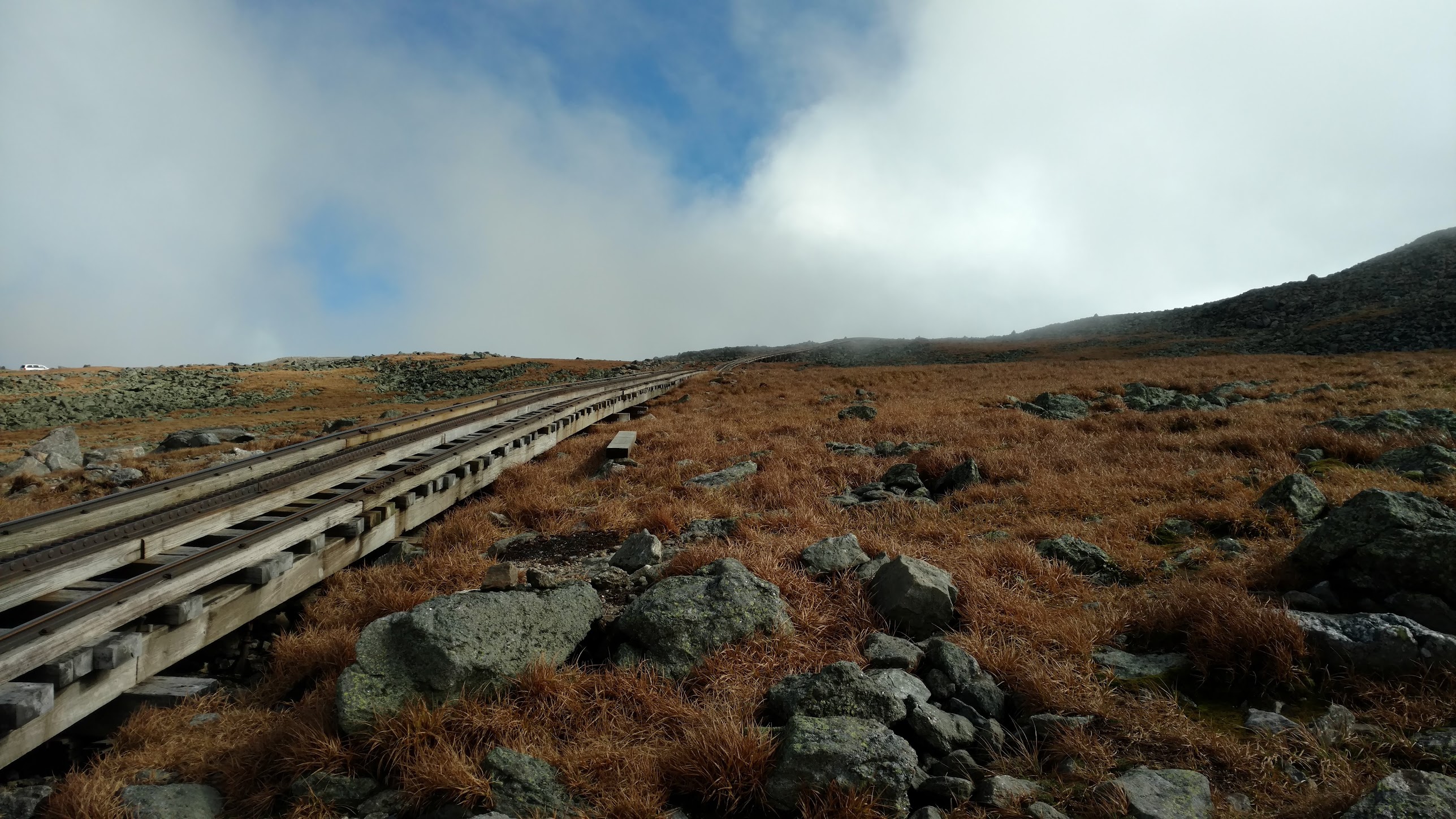 We were thrilled to get some awesome views while we were still in the alpine zone above the treeline.  We slowed down our pace to take in the beauty around us. Needless to say, we really enjoyed the day.  The changing weather added  another dimension to the hike.   A bluebird sky day wouldn't have been as much fun. 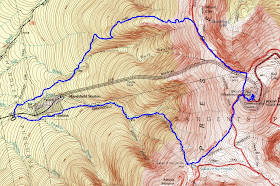