Last night I was looking at my Adirondack High Peaks map to see what trails I haven't done yet, and noticed that I had not yet done on of the more accesible hikes... Mount Van Hoevenberg.  I also had not been on the Mr. Van Ski trail.  Winter is coming, so I decided we should scout the ski trail and grab the mountain as well.

We started from the South Meadow Road, off of Adirondacl Loj Road just before 10 AM.  The 2.2 mile hike to the summit of Mt. Van Hoevenberg is quite easy.  There is only 770 vertical feet of gain.  From the summit ridge ledges, you can get a good view south and around to the NW.

There was a nice breeze on top and the humidity was relatively low and the bugs weren't bad.  It was a nice day to be on a summit.  Continuing on, we descended the  north side of the mountain and quickly came trails from the 1932 and 1980 Olympic games.  We followed the 1932 track down until we came out at the top of the Olympic Bobsled and Luge Run. 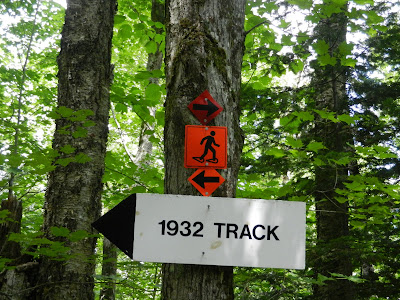 We soon saw a tour shuttle operator who told us to walk down the bobsled track to the base, then walk the road towards Route 73 until the Equestrian center on the right (XC Cross Country Stadium in the winter).  From there, we would be able to pick up the Mr. Van Ski Trail. 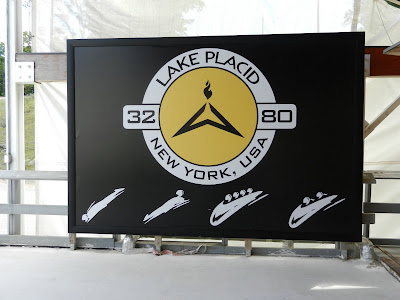 It was rather strange having our hike turn into a walk inside a bobsled track.  It was interesting though.  Once at the bottom we made our way over to the Olympic XC Ski center.  I took a picture of a sign with the ski trail map.  It was a good thing, because that was the only way we could figure out how to get to the Mr. Van Ski trail.  It was quite tricky but we got there without any wrong detours. 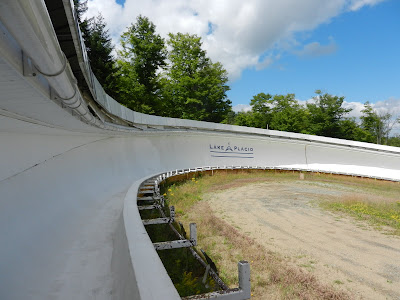 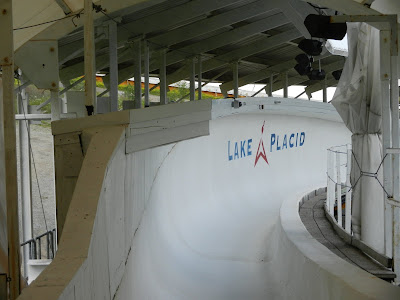 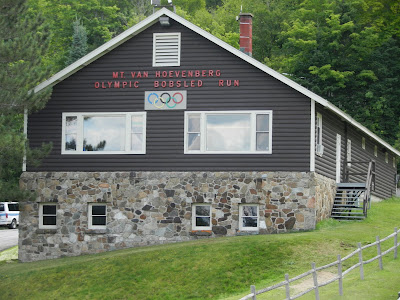 After finding the Mr. Van Ski trail in the Olympic trail network, we were on the network until the trail branched off to leave the network and head towards the Mr. Van lean-to.  The lean-to is 2.3 miles from the Olympic trail network and 2.3 miles from the South Meadow Road.  It looks like it would be a good ski trail in the winter.  I'm ready to try it!

This trail feels rather remote in the summer time.  Although the map warns that this trail may be muddy and impassable at times, it wasn't bad today.

We stopped at the lean-to for a snack and to cool our feet in South Meadow brook.  A new pedestrian bridge is under construction there.


It was an easy walk out from the lean-to.  There was one more missing bridge, but makeshift planks in place did the trick.


I'll be back to try out the Mr. Van Ski trail in winter, along with the Klondike trail, but for today, we were done.