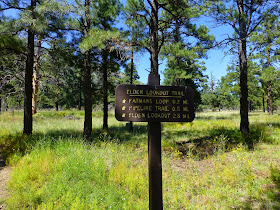 It sounded great so off we went.  The hike was only 2.7 miles one way, but the trail climbed about 2200 vertical in that distance.  It was a nice afternoon for hiking and the trail was in good condition. 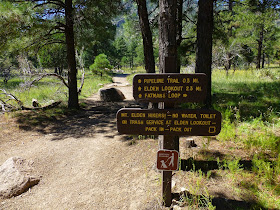 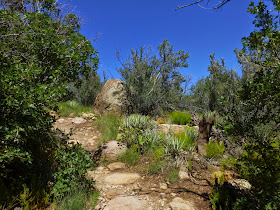 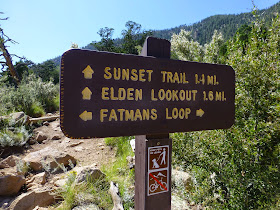 It took us about an hour and a half to climb to the summit.  There were great views.  The one thing that disappointed me was that you could not climb into the lookout tower.  It was gated at the bottom.
﻿


At the top we met a couple who were probably in their early 50's who had been traveling around North America in an RV for the past 14 months.  They just move from place to place as they are ready to explore someplace new.  Sounds like something Leesa and I could try for awhile.  I imagine eventually you get a longing for home.  We won't know until we try it!
﻿


Even though we couldn't climb the lookout tower, we were afforded good views; both to the north of Humphreys Peak, and to the south of the City of Flagstaff.﻿ 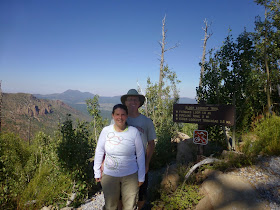 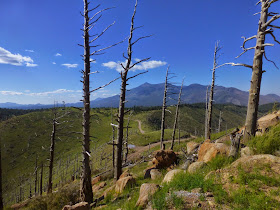 There were lots of flowers still in bloom in this Arizona climate.  Paintbrush was common, but there were other flower types which we could not identify.
﻿ 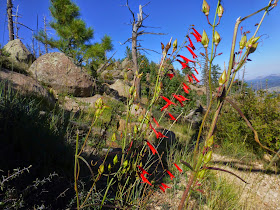