I must confess that I now have the bug to finish climbing the 46 Adirondack High Peaks this year.  I really wasn't feeling the urge earlier in the year, but now that I am 2/3 done (32/46) I will probably push to finish.  I will, however, wait for the right weather.  I want to be able to enjoy the summits and get the views, and not just check off a summit.

Yesterday, my choice for a hike was Cliff Mountain and Mount Redfield.  Rev and I were gearing up for a big day on Friday.  Scatterbone also needed these peaks and joined us for the hike.  We met at the Upper Works trailhead at 6:30 AM and were quickly on the trail.  The weather forecast was generally good for the morning, with increasing cloudiness for the afternoon and a 30 % chance of showers late in the day.  It was cool, with temps in the low 40's in the morning and upper 60's in the afternoon.

We quickly made the 4.5 mile hike on the Calamity Brook Trail to the Calamity Lean-to in just over 2 hours.      We continued around Flowed Lands and crossed the Lake Colden bridge en route to the Uphill Brook Lean-to.

After you cross Lake Colden and head up towards the Uphill Brook Lean-to, the waterfalls and pools are fantastic!  If you are going by there in the warm summer months, don't forget to have some swimming clothes. 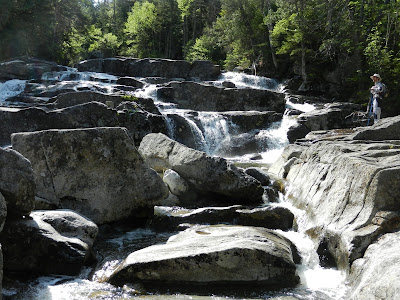 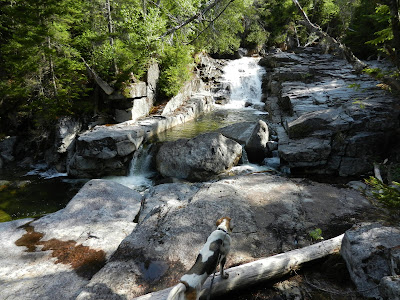 The Uphill Lean-to location was nothing special, but it provided us a place to sit and have some water and a snack.  We had reached this Lean-to in 3 hours from Upper Works.  Near the lean-to was the small cairn marking the herd paths to Cliff and Redfield.

After 5 minute or so, we came to the split in the herd path.  We decided to do Redfield first, since it has the better views.  We didn't want to miss it, in case the weather went south.

We arrived on the summit of Redfield at 11:30 (5 hours from our start).  The views were indeed nice.  We had great views of Marcy, Gray, Skylight, Algonguin, Iroquois, Marshall and  Allen.  There are also more distant views of Nippletop, Colvin, Blake and the northern portion of the great 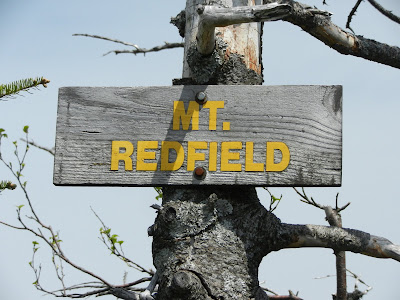 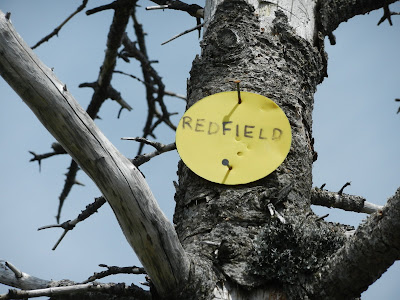 We descended Redfield and then took the other branch of the herd path fork towards Cliff Mountain.  Cliff is only .8 miles from the fork but it was tough!  Right away we were in lots of mud.  After the mud were muddy cliffs.  After the muddy cliffs were cliffy cliffs (do you get the idea?).  I had to help the dog twice, and  she is a pretty nimble dog.

We made the summit of Cliff at 1:50 PM, after expending a lot of energy.  It's not a summit I'll return to time after time. 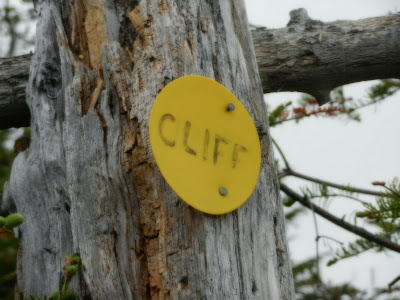 Cliff does have some views to the north and south, but not as good as Redfield.  On Cliff the weather was beginning to look a little questionable, so we made tracks to head back.


Once we got back on the marked trails, we had no worries if it stared to rain.  We did get some sprinkles from the Calamity Brook Lean-to on out, but they were hardly noticeable. 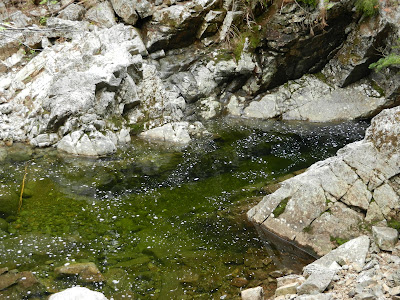 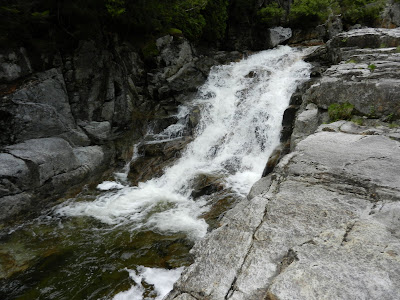 We made is back to the car at 6:30 PM, so a 12 hour trek, including stoppage time.  It recorded the distance as 18.0 miles.  Thanks Scatterbone for the company.

While driving out in Tahawus, I saw 2 beavers playing in a pond.  I stopped to grab a couple picture.