For me, fall and winter are the best times to be hiking. Our first cool weather of fall came this past week and it was great. I woke up on Sunday, and it was in the low 40's. Leesa and I got up and out to do a half day hike before going to the "Jazz on the Lake" Jazz Festival in Lake George in the late afternoon.
Sleeping Beauty Mountain was our target for this hike.  The mountain is located on the east side of Lake George, north of Buck Mountain and south of Black Mountain.  We parked at the Hogtown Parking Lot in Fort Ann. Sometimes you can drive 1.8 miles further on a gravel road to Dacy Clearing, but the gate was closed on this day.  Our total hike distance for the day ended up being 7.8 miles.  We hiked up to the Sleeping Beauty viewpoint, which is not quite the summit, then continued north to Bumps Pond where we looped around the pond and came back.

Note:  As we approached the viewpoint, we saw a sign that said "Summit .1 miles" with an arrow that pointed the direction of the viewpoint.  That is not the true summit.  The true summit is further north, and you have to bushwhack a short ways off the trail to reach it.  It is in the trees.

From the Sleeping Beauty lookout, you have an unobstructed view to the East, South and West.  It is a fantastic spot, perhaps better than any other location on the east side of Lake George.  The combination of the views, the grasses and the rock terrain is unbeatable.

When we reached the summit we were the only ones there!  We got to sit and eat our lunch and look around before anyone else showed up.  There is plenty of room on the summit and lots of nooks and crannies for people to enjoy the summit in privacy, but it is still nice to have an entire summit to yourself. 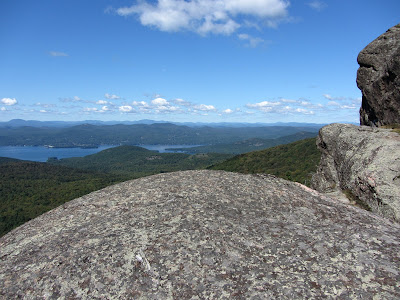 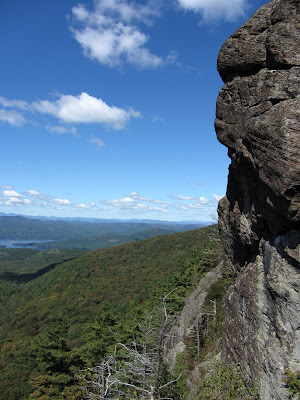 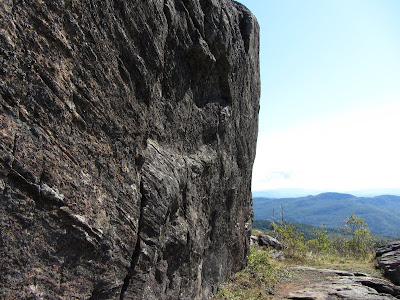 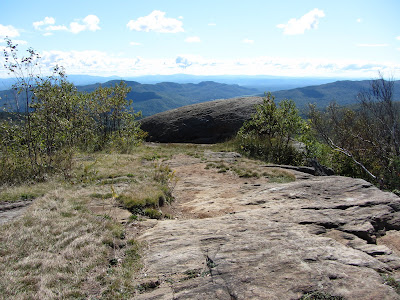 After spending about an hour at the exploring, we continued northward passing over the actual summit, then we descended to Bumps Pond. We went counterclockwise around the pond and followed the loop back to the trail split .6 miles above Dacy Clearing.


Several people rode bicycles to Dacy Clearing and then began their hike. That effort saved them 3.6 miles of walking in and out on the gravel road. The old gravel road is pretty, but it adds some time on to your hike if you are on foot.

Sleeping Beauty Mountain is certainly one of my favorite peaks in the Lake George region. I'll have to return to camp near the lookout.