This trail starts with an easy private road access walk on a jeep road, gaining only about 550' in 1.2 miles.  After that, the road ends and the marked trail climbs 1200' in 1 mile to the rocky summit.  Trail conditions were good on this day.  It was warm (about 63 degrees).

When I went past the Route 9N trailhead, I noticed 10 cars in the parking area, 9 with Quebec plates and 1 from NY.  I figured I'd run into a crowd on the summit.  There was only 1 car parked at the Hurricane Road trailhead, and I shortly ran into a man with a dog leaving.

I didn't see anyone else until the summit, where a group of 30 Canadians were enjoying lunch on the summit. They must have been part of a hiking group or something to have that many people together.  I reached the summit after an hours and 20 minutes. 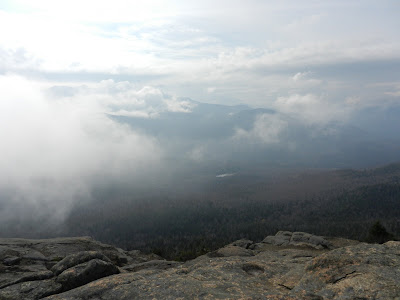 At the top it was breezy but warm.  Clouds were blowing through and at times visibility was good.  I stopped for lunch and gave the dog some treats and we headed back down.  It took about an hour and 10 minutes on the way back. 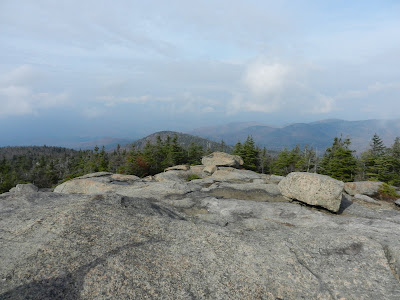 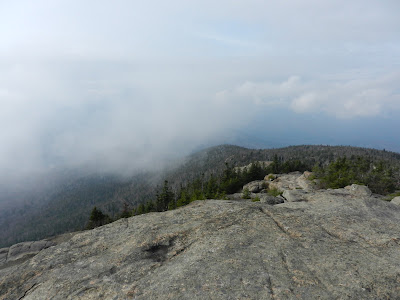 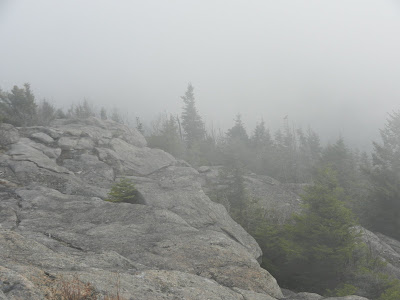 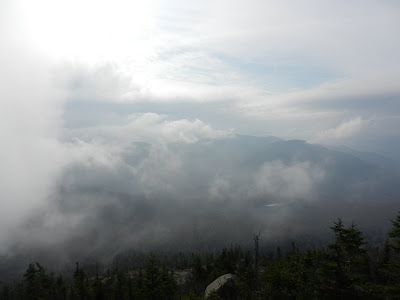 Hurricane Mountain Hike Stats:
Hike Distance:  4 miles
Hike Time:  2.5 hours
Total Vertical Gain:  1825'
Trailhead Elevation:  1900'
Summit Elevation:  3694'
﻿
Hike Part 2
We decided to do a little more exploring since it was still early and we pulled into a jeep trail on the west side of Route 73 where it crosses the North Fork Boquet River (just south of the Round Pond Trailhead).
. ﻿
There is a nice designated campsite just in from the road on the jeep trail.  From there, a herd path follows the southern side of the North Fork Boquet River in a southwesterly direction.  Several more designated campsites were passed along the way.
﻿
After 1.7 miles, I reached LilyPad Pond with good views of the Dix Range in the background.  It was time to turn around for the day.  On a future hike, I'll continue in on a bushwhack hike to climb Spotted Mountain.  It's a mountain with lots of rock on the summit and great views.  For now, I was happy to do some surveillance of the area and see Spotted Mountain from a distance.
﻿ 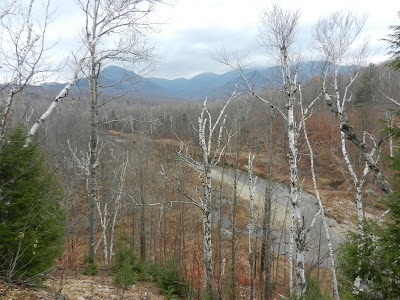 Mount St. Helens had been on Leesa's list for quite a while.  She's the one that planned this trip and got our climber permits.  All hikers who go above treeline at 4800' need a climbers permit.   Back in August she got us permits for Saturday October 20th.﻿


As our day arrived, the forecast didn't look too good.  Rain was predicted for the valleys and snow above 3000' with winds of 20-40 mph gusting to 50 mph.  The temperature on the mountain was
in the mid 20's with a wind chill near zero.
﻿


They limit the permits to 100 per day. We didn't think we'd see that many people with the weather the way it was. I later counted 46 people on the register, but some probably signed out after us.﻿

We had stayed the night before at Monfort's B&B in the town of Cougar, SW of the mountain. Cougar was the closest small town to remain inhabited when Mount St. Helens blew in 1980. ﻿
From Cougar, we had quick access to the road taking us to Climbers Bivouac, the trailhead for our hike (click the map map above to enlarge). The first 2 miles are on the Ptarmigan Trail which takes you from 3800' to timberline at 4800'. From there you need the climbers permit to continue on the open rock Monitor Ridge to the summit at 8300'.
﻿ 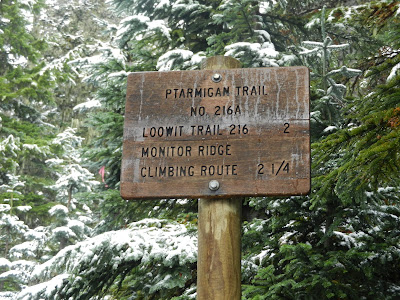 As we started up the open rock 3 or 4 groups were coming down. All of them had turned around, saying it was just too windy and fierce up high. We found that to be the case as well. The wind was really battering Leesa around. I had facemasks in my pack and gave her one to protect her face. 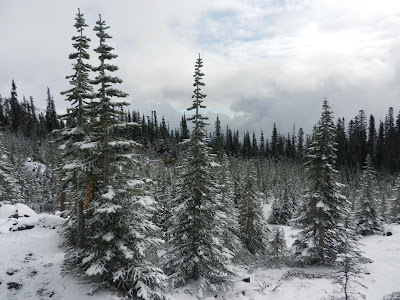 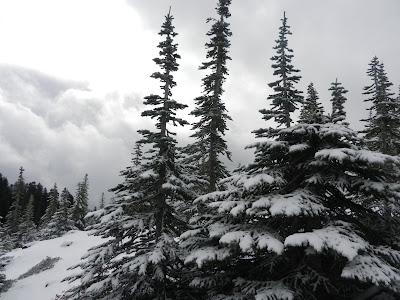 We progressed quickly on the Ptarmigan Trail and were at timberline in less than an hour. We passed 2 groups before we reached Monitor Ridge. Once on the ridge, we passed many groups. No one had MicroSpikes or any form of traction. I was quite surprised. Traction wasn't necessary, but certainly quite helpful. 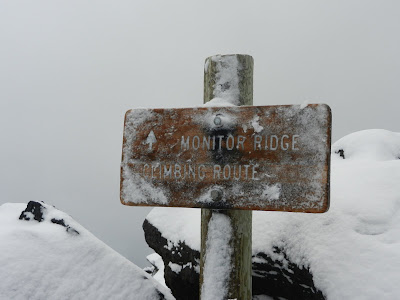 We continued to climb. We had parkas and mittens, but Leesa's hands were getting cold and she was having a tough time with the wind. At about 6400' we decided we weren't going to reach the top under these conditions and decided to turn around.
﻿

Of course as we started down, the sun began to break through occasionally causing Leesa to question our decision to turn around. The sun didn't remain out for long, but it provided a chance for some different pictures.


We certainly had a great time anyways, and it just means we will have to go back to see it again some other time.﻿ 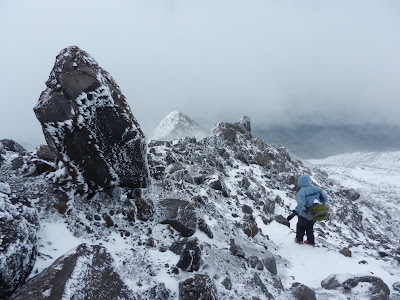 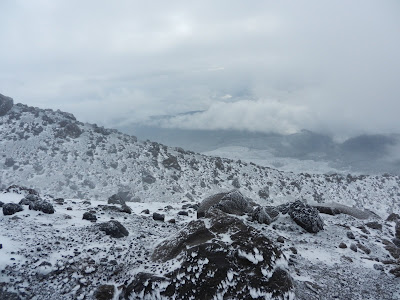 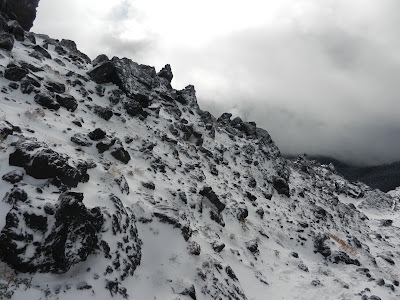 None of the people we saw during the day made it too the top. Only 2 guys that we saw had gone farther than we did. They had made it to about 7000'.﻿ 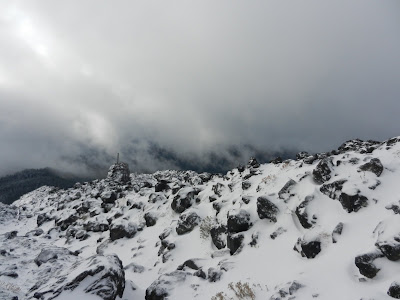 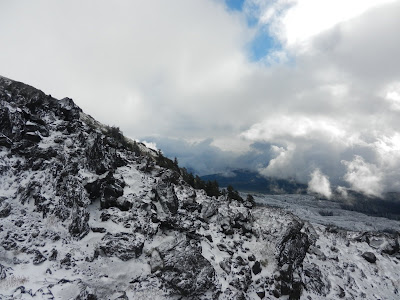 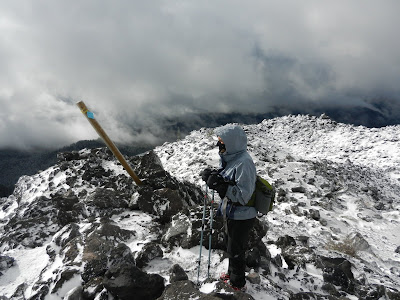 We went down at a leisurely pace, enjoying the sun and the reduced wind as we descended. We stopped to take a lot of pictures. We ended up with many pictures of the same scenes, but under different sky conditions. The clouds were blowing so fast, the scenes looked different every minute.
﻿ 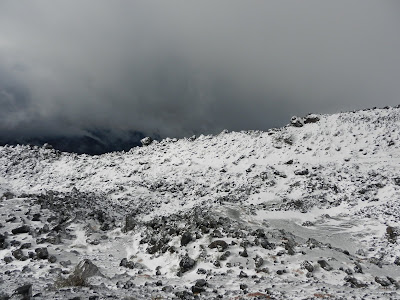 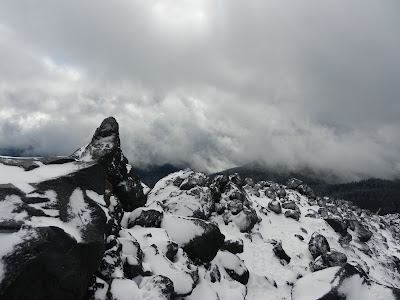 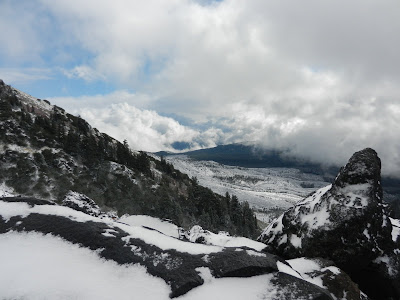 Since we got back to the car earlier than expected, we went to nearby Apes Cave to check out the Ape Cave Lava Tube.  This cave is over 2 miles long!  It was quite fascinating and made for a good thing to do with our afternoon.
In the end, Mount St. Helens won the battle on this day, but we plan to go back to conquer the mountain in the future.

One of the nicest towns to spend a couple days in is Leavenworth Washington.  Located about 2 and a half hours east of Seattle Washington, and east of Stevens Pass on Route 2.  It's a great place to have a base for some outdoor adventure.  Other folks enjoy the shopping.  It's also well known for its' Octoberfest.

The town has an entirely bavarian theme and boasts many fine restaurants, a nice park and trails along the Wenatchee River, tourist shops and is surrounded by mountains.  A trail up Icicle Ridge leads to a nice view of the town.


While the town is not large, we enjoyed the hospitality and the location central to our hiking plans.

If you're in the area, we think the town is worth a visit. 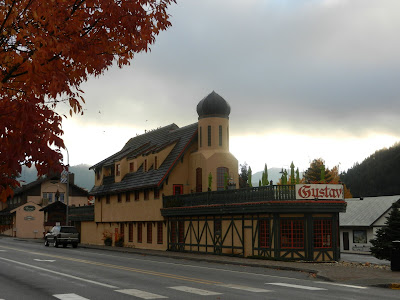 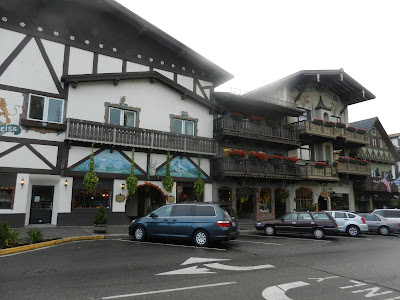 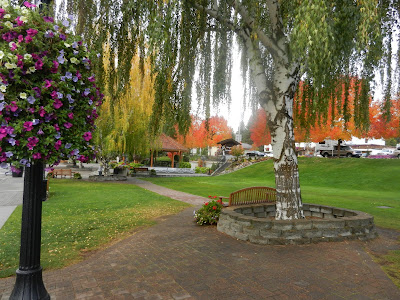 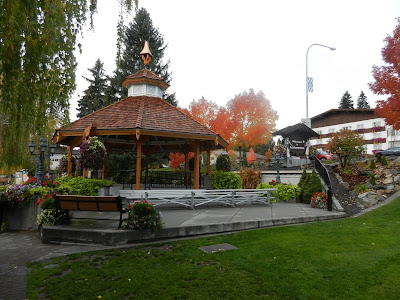 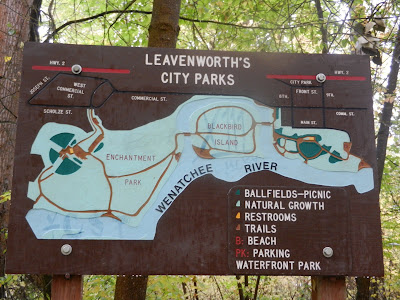 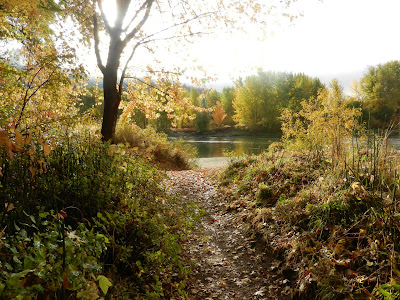 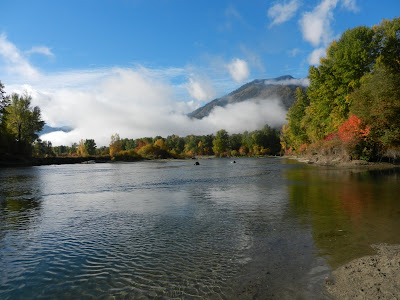 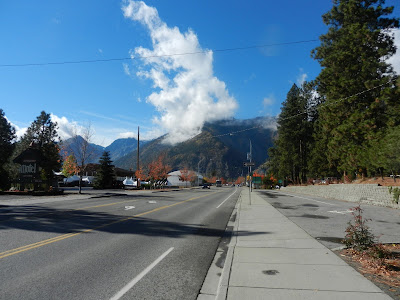